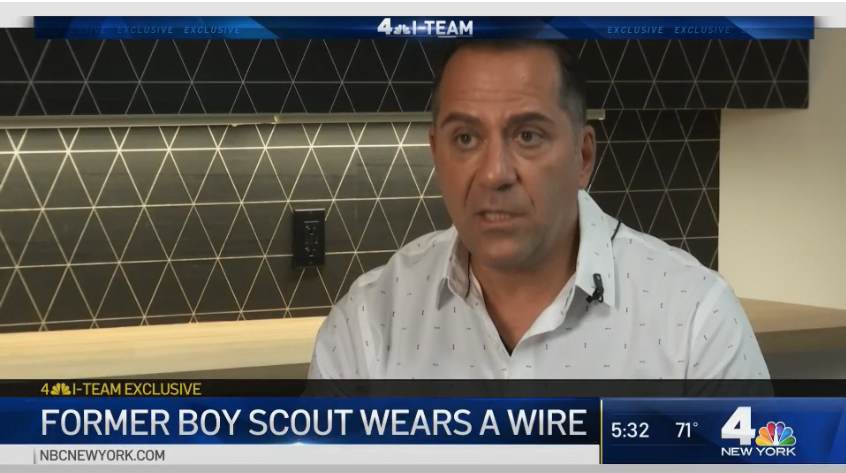 Belluck & Fox, LLP client Nick Papadopoulos was featured in an NBC I-Team interview on September 29, 2020, wherein he courageously stepped forward to share the story of the sexual abuse that he endured from Lawrence Svrcek, a former teacher at St. Demetrios Jamaica Day School and Boy Scout leader. In the interview, Papadopoulous discloses that in 2002 (decades after the assaults), he wiretapped Svrcek, who continued to work as a teacher in the public school system. “I knew that I had to do what I had to do, which was to remove this person away from other kids,” Papadopolous explained.

“The fact that he put himself certainly in emotional harm’s way but also potentially in physical harm’s way to wear a wire, record the perpetrator, and get him out of the public schools? I think all New Yorkers owe him a debt of gratitude,” remarked Papadopoulous’ attorney Joseph Belluck.