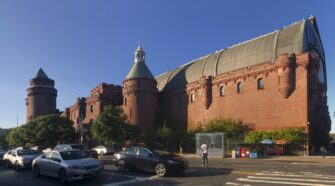 Kingsbridge is aa blue-collar, working class neighborhood in the southwestern section of the Bronx. It is made up of three separate districts, one of which is simply called Kingsbridge. The other two are Kingsbridge Heights and Van Cortlandt District. Some people consider the neighborhood a sub-district of Riverdale and, as such, call it Lower Riverdale.

If you’ve been injured in an accident or lost a loved one due to someone else’s negligence, you need to learn about your legal rights. Our dedicated New York City personal injury lawyers at Belluck & Fox, have more than two decades of experience successfully recovering maximum compensation for our deserving clients.

Our legal team will thoroughly investigate your case, identify all potentially responsible parties and aggressively pursue full compensation for all your losses. Schedule a free consultation today to learn how we can help you. Mesothelioma is a life-threatening cancer that is caused by exposure to asbestos. It can be diagnosed in a person 15 to 60 years after the initial asbestos exposure.

For decades, asbestos was commonly used in many industrial, commercial and household products. Although asbestos companies knew that their products had serious health effects, they failed to warn the public of these dangers.

Our New York City mesothelioma cancer law firm demands justice for asbestos victims and their families. We know where asbestos-containing materials were used on jobsites across New York, and we have the resources and the knowledge to take on these complex claims.

Our personal injury attorneys have earned accolades from numerous professional publications and legal review organizations, including:

At Belluck & Fox, we believe that our track record speaks for itself. Our top-ranked attorneys have recovered more than $1 billion in settlements and verdicts for our deserving clients. Learn more about our impressive case results.

Kingsbridge has its own kind of vibe happening. A combination of detached, semi-detached, and attached homes gives the neighborhood a unique feel. In addition, the neighborhood is connected to Riverdale by a series of steep streets with stairs going up and down slopes.

The neighborhood is known as one of the area’s most vibrant commercial centers and is home to over 200 merchants. The neighborhood has also benefited from efforts to improve Kingsbridge parks, roads and other infrastructure.

In 1693, Frederick Philipse erected the King’s Bridge, which ran across a section of Spuyten Duyvil Creek. While neither the bridge nor that section of the creek still exists, the name itself stuck. Some say that the bridge is still there buried along with the creek.

Philipse, a Dutch national, pledged his allegiance to the King of England after the British took over the colony. Philipse was given a manor and a title for his allegiance and named to the governor’s council. Afterward, however, he was banned from the council for conducting a slave trade in the city. His sons, who were sympathetic to the British during the Revolutionary War, were run out of the Bronx around the same time.

Once upon a time, Kingsbridge was filled with mostly Irish immigrants. Today, the neighborhood of around 10,000 New Yorkers is much more diverse with Puerto Ricans, Albanians, Greeks and Dominicans to round out the Irish presence around the Bailey area, where you can find Gaelic Park and St. John’s Roman Catholic Church.

Development and interest in Kingsbridge have increased over the years. The defunct armory is being turned into a massive sports center with ice rinks. Vendors are also taking an increased interest in that area. 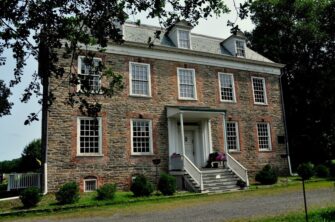 The Van Cortlandt House Museum is one of the many attractions that Kingsbridge has to offer. The building, which once housed Frederick Van Cortlandt himself, is the oldest surviving building in the Bronx, predating the birth of America by nearly 30 years. Construction on the house began in 1749 on the plantation owned by the Van Cortlandt family. Frederick began construction of the house for him and his children but sadly died before construction was completed. The house was nonetheless used by George Washington, Lafayette, Rochambeau and other revolutionaries during the Revolutionary War.

The Van Courtlandts lived in the house until 1887, after which it was sold to the City of New York and became a major landmark. Today, it still stands as a museum, a testament to Georgian architecture and craftsmanship.

Aside from its history, Kingsbridge has a number of hip modern places to eat and unwind, including the Bronx Alehouse located on West 238th Street. The neighborhood’s Irish heritage is also still strong, so if you’re interested in checking out a game of Gaelic football, you need only go to Gaelic Park on Corlear Avenue.

The Kingsbridge Historical Society, which was founded in 1949, is the oldest historical society in the Bronx.

Directions to Belluck & Fox from Kingsbridge

Belluck & Fox’s Manhattan office is located in Midtown at 546 Fifth Ave., 5th Floor, New York NY 10036. If you’re heading from Kingsbridge, get on the Major Deegan Expressway (I-87) South from Tibbett Avenue. Merge onto I-278 West, cross the Robert F. Kennedy Bridge into Manhattan, and then get off at Exit 46 for  the FDR Drive. Continue south on FDR, and then take Exit 10 for East 49th Street. Drive until you reach Fifth Avenue, take a left and then continue four blocks south until you reach our offices at the corner of Fifth Avenue and 45th street.