Did you work at A&P Co.? Diagnosed with Mesothelioma or Lung Cancer? Although it remains a popular and iconic chain in Northeast and Mid-Atlantic states, A&P, the oldest national supermarket chain in the United States, has fallen from its formerly glory, having once held the title of  the nation’s—and the world’s—largest retailer.

Former A&P employees and contractors may have been exposed to asbestos through their work with the company. If you worked at A&P or have lost loved ones due to occupational exposure to asbestos and were diagnosed with mesothelioma, contact our New York mesothelioma lawyer at Belluck & Fox, LLP for a free case review.

The Great Atlantic & Pacific Tea Company (A&P Co.) is a U.S. supermarket and liquor store chain with more than 300 location in

A&P’s most successful years coincided with a period of widespread asbestos usage in the United States. A&P stores and distribution centers built during much of the 20th century made use of asbestos-containing materials in the HVAC systems that heated and cooled its large facilities, putting workers who repaired, installed, and maintained those systems at risk of developing asbestos-related diseases such as: 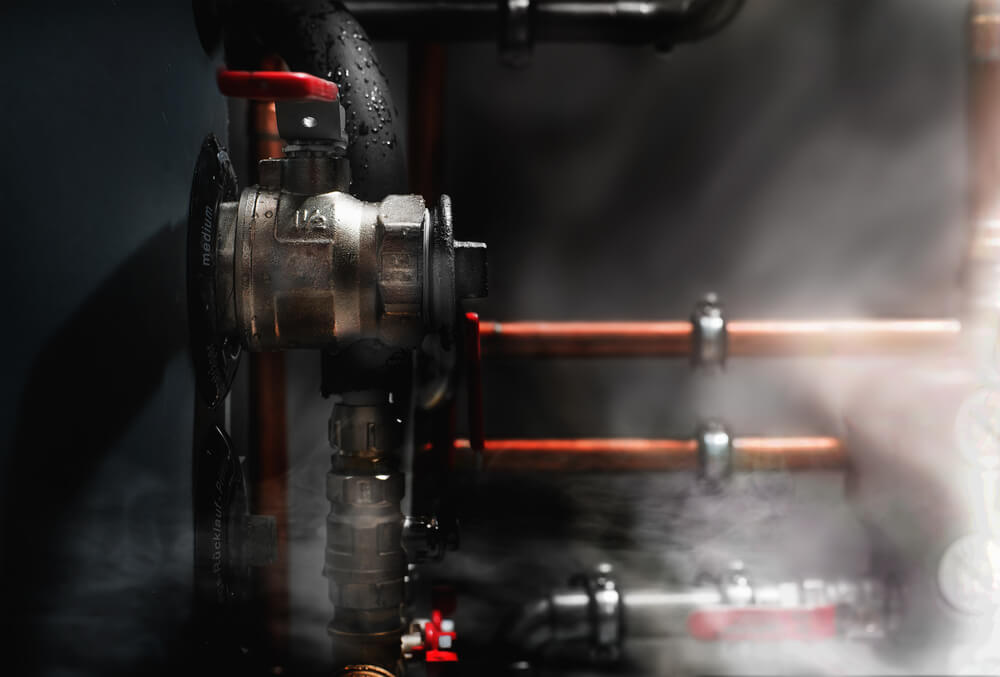 A&P supermarkets and warehouses required coolers to keep refrigerated and frozen food at an appropriate temperature. Refrigeration equipment was kept in the basement of stores and produced cold air that was piped upstairs to food cases.

Some were split systems, with cooling units outside that piped air through Freon pipes to an air handling unit in the store, while others were package systems with all components in a single outdoor box. Both refrigeration equipment and air-conditioning units had asbestos-containing materials in parts such as condensers, compressors, pumps, and valves.

Working on refrigeration and A/C compressors and condensers required changing out head gaskets, flange gaskets and valve gaskets. These gaskets were made with asbestos and removed with scrapers and wire wheels, a process that produced lots of asbestos dust.

Making new gaskets from sheet material with a ball peen hammer also created airborne asbestos fibers. Condensers and compressors additionally had pumps with asbestos packing and gaskets. Packing was changed out regularly to avoid leaks, and when pulled out of the gland it was in a friable state that produced asbestos dust.

A&P buildings had boilers and furnaces that provided hot air and hot water.

Oil and gas fired boilers were located in basements and required regular maintenance. Due to their tremendous heat, boilers had large amounts of insulation and fire-resistant materials. Asbestos was until the 1970s the material of choice for these high-temperature applications.

During a maintenance call a mechanic might have to repair areas of broken insulation by patching them. A patching job first required cleaning up insulation that had fallen off, which was a very dusty job. Then, the mechanic would mix asbestos cement powder material with water to create a paste that was applied with a trowel to the boiler casing. Mixing the powder created asbestos dust that workers breathed in. 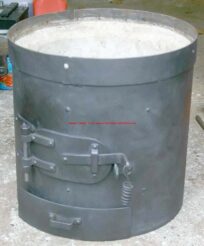 Another common boiler repair job was replacing packing on oil pumps and hot water pumps. This packing was removed with a pick and was in a friable state when removed. Hot water pumps were covered with asbestos insulation that had to be removed before packing could be replaced. Packing was also replaced on boiler steam valves.

Inside the boiler was a fire box lined with bricks and brick adhesive made from asbestos. Bricks crumbled and had to be replaced, a process that required the mechanic to take the bricks out, clean out the dust, put new bricks in, and apply brick cement. Sometimes the bricks had to be broken out with a hammer and chisel. The entire process of replacing bricks was extremely dusty.

The boiler’s flue pipe is what vented the boiler to the outside. Flue pipes were insulated with asbestos insulation that had to be patched and repaired similar to the insulation on the boiler casing, by mixing the product and applying it with a trowel.

Fire tubes are what boiler flames go through. When mechanics replaced the tubes they had to remove the boiler’s front cover, which was gasketed with asbestos rope. The asbestos rope would shed fibers when the cover was taken off and put back on and, on occasion, the rope gasket was removed and replaced.

In addition to boilers, A&P stores had furnaces that provided heat for the building. These furnaces were located in various locations such as on rooftops, in back rooms, and in basements.

Furnaces were insulated inside and out with asbestos insulation, and accessing interior components meant disturbing this insulation. This would occur, for example, when the heat exchanger or gas valve was replaced or when the burners were cleaned and inspected.

Mechanics and other workers who serviced asbestos-containing equipment such as boilers, furnaces, air conditioners and refrigerators at A&P were likely exposed to asbestos.

If you worked at A&P in this capacity and have been diagnosed with mesothelioma or another asbestos-related disease, respected New York asbestos attorneys at Beluck & Fox, LLP can certainly help you. We’ve represented mechanics who worked at A&P and are familiar where asbestos was used and which companies supplied the asbestos.

We can help you recover financial compensation from the asbestos companies to pay for your medical bills and support your family.

To learn more, contact us or visit our attorneys in the City of New York and schedule a free case review with Belluck & Fox, LLP, America’s premiere asbestos law firm.