Did you work at Revere Copper Rome? Diagnosed with Mesothelioma or Lung Cancer? 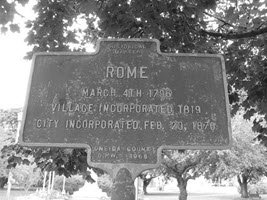 Just northwest of Utica, New York, the city of Rome, New York is home to the manufacturing plant of Revere Copper Products. Tracing its roots back to a company started by famed American patriot Paul Revere, the Revere Copper Company in Rome, New York has weathered numerous transformations over the past two centuries, including hostile takeovers, shutdowns, foreign competition, and changing ownership. In spite of these factors, the plant has been producing copper products for over 200 years, and remains in operation as of 2013.

Prior to the 1990s,the plant used a wide variety of asbestos-containing equipment and materials. Asbestos is responsible for the deaths of thousands of workers, some of whom worked at Revere Copper. Used for purposes such as insulating and creating seals, asbestos is the sole known cause of mesothelioma, an aggressive cancer affecting the lining of the lungs, abdomen, and other areas of the body.

Asbestos exposure can also cause lung cancer, asbestosis, scarring of the lung tissue, and a number of other debilitating conditions. The asbestos companies that manufactured and sold asbestos products to Revere were aware of the harmful effects of asbestos but did nothing to warn workers. Profits were more important to these manufacturers than the health and well-being of workers exposed to asbestos.

Paul Revere, an established silversmith prior to the Revolutionary War, began experimenting with the manufacture of copper sheeting after the United States gained its independence.

Naval ships of the era had begun to wrap their undersides in copper, but the copper rolling technology used to make these protective plates was a closely guarded trade secret of British manufacturers. At the end of the war, Revere sent his son to Britain to learn the techniques of British coppersmiths, and used this information to begin manufacturing his own copper sheets in the USA. He entered this new market under the company name Revere Copper and Brass, and the business quickly found a large market for its products. The Rome, New York factory now known as Revere Copper Products was originally founded in 1892 as Rome Brass and Copper. In the early 20th century, Rome Brass and Copper merged with Revere Copper and four other companies to form Revere Copper and Brass. By the 1920s, Revere Copper Company claimed that 10% of the copper in the U.S. was manufactured at their factories. In the 1930s, the company designed a line of copper-bottom cookware – the first ever to feature plastic handles. These products very rapidly grew in popularity, and RevereWare became one of America’s most popular and iconic cookware brands.

Asbestos Use at Revere Copper

The Revere Copper plant is a local landmark in Rome, situated along the Mohawk River. The site is famous for the distinctive 25-foot tall neon sign depicting a horse and rider at the southern corner of the property. This location was originally the manufactured products division of Revere, but is now the company’s sole factory. As was the case with most factories prior to the 1990s, the Revere Copper plant used asbestos.

The plant contains an onsite foundry for smelting copper and creating alloys. A tube mill produced copper pipe until it ceased operations in 1985. A cast shop sets copper into molds, while a bar mill extrudes long bars of copper for industrial sale. The rolling mill produces sheets of copper through both hot rolling and cold rolling, depending on the applications for which the product is intended.

The architectural products building produces different kinds of copper roofing, textured copper, and other materials for interior and exterior building design. A research and development center serves a laboratory for metallurgy and product testing. Finally, boiler rooms supply the plant with heat and steam.

Copper is prized for its excellent conductivity, both of heat and electricity, but it is rarely found in nature as a pure element. Copper is often extracted from natural alloy ore. However, copper is unique in that it degrades very slowly compared to metals with similar properties, which makes it well-suited for recycling. Both processes are more labor-intensive than typical metal smelting. Many applications in which copper is typically used require a high purity, thus resulting in extra care to create a typical purity of 99.99%. This is especially true in copper meant for electrical purposes. Revere Copper manufactures its products by melting copper scrap at its on-site foundry, casting the metal into large “cakes,” and then working these into a variety of desired forms. Intense heat is required for this process, and the crucibles, molds, and other equipment related to melting and forming the raw copper were typically lined with asbestos refractory and insulation. Asbestos insulation could also be found on equipment and pipes.

Copper is also valued in alloy form; specifically, when alloyed with nickel to form brass, or tin to form bronze. The properties exhibited by these alloys – such as altered hardness, malleability, and melting points – are favorable for certain applications. The process of producing these alloys requires temperatures similar to those used during smelting, and therefore Revere’s mill used asbestos for this process. Whether produced pure or as an alloy, the metal also must often be annealed – a process by which molten metal is cooled at precise temperatures to control crystallization. Annealing typically involved the use of asbestos-lined vessels.

The boiler rooms, used to provide heat, energy, hot water, and steam to the plant, were a common site of exposure for workers. Boilers were often insulated with asbestos and contained asbestos refractory. They were connected to the rest of the plant through a network of insulated pipes. Boilers were also connected to a variety of other equipment as well, including pumps, valves, gauges, and turbines. These were connected with asbestos gaskets to create tight seals where two metal ends are joined.

Gaskets are round discs of asbestos, often cut from large sheets. Cutting these to shape would release asbestos fibers into the air. When gaskets are removed of replaced, they are often brittle. The pumps and valves also contained packing, braided asbestos rope that was used to stuff the pump to create a tighter seal. Packing was removed with a special hook, which released asbestos fibers.

Areas of the plant where machining and grinding took place were common sites of asbestos exposure. Equipment of this type is subject to near-constant heat and friction, which wears away at the asbestos parts and creates clouds of dust in the air around the machines. Grinding wheels, used for shaping and polishing metal, were often made using asbestos as a friction material. Other machines, especially those used in creating

Revere’s lines of consumer products, utilized asbestos brakes and brake pads. This affected not only the machinists in charge of the use of these products, but also the many millwrights and engineers tasked with keeping these machines operational. The dust also contributed to an overall concentration of asbestos in the air of the plant, making Revere Copper a harmful environment for nearly all employees.

Revere’s Research & Development department was also affected by the use of asbestos equipment. As an area where alloys were being developed and tested, the R&D lab needed equipment and materials that could withstand molten metal, caustic chemicals, and other harsh conditions. Therefore, in many research applications, asbestos was a common material. Workers and contractors were in danger during construction projects at factories such as Revere Copper. Many building materials were made from asbestos, including insulation, drywall, tile, and roofing. When walls were demolished, the asbestos materials in the buildings would create dust.  When asbestos materials were installed, they often had to be cut, sawed, and sanded to shape.

Even the families of employees were at risk because the problem of “take-home” asbestos exposure was also a factor at Revere Copper. When workers would return home from their shifts at Revere Copper, they were often covered in asbestos dust.

The fibers settle on surfaces, including clothing, shoes, skin, and hair. At home, this dust would be released into the air during laundry and other activities. Even a single exposure to asbestos can potentially lead to mesothelioma, and this daily exposure to asbestos dust carried home by Revere employees has caused mesothelioma in family members of workers.

There is Help for Mesothelioma Victims and Asbestos-Related Diseases

Despite the fact that it was a known harmful substance, asbestos was used in products sold without warnings or safety instructions. This means that former Revere Copper employees who have developed mesothelioma or other asbestos diseases have the right to seek compensation. Settlements obtained for you and your family by our firm can pay for treatment of the disease, and protect your family from financial hardship. It is critical to act quickly after being diagnosed with an asbestos disease because the law limits the time to bring a claim.

Mesothelioma victims need to hire attorneys who are experienced with asbestos cases; lawyers who have successfully taken on the asbestos manufacturers and know the ways in which people were exposed. The New York mesothelioma attorneys at Belluck & Fox, LLP have won over $1 billion from corporations that sold asbestos products to consumers and industry.

The asbestos attorneys at Belluck & Fox, LLP know the strain that battling mesothelioma and other asbestos diseases can place on your life, so our experienced mesothelioma lawyers can make accommodations to meet with you in your home and will handle all the work on your case, rather than referring you to another law firm.

It is also important to keep in mind that there is no financial risk in retaining our services; we only receive payment if we recover money for you and your family. New York City Law office of Belluck & Fox, LLP can be reached at 1-518-621-2699 or through our online contact form.